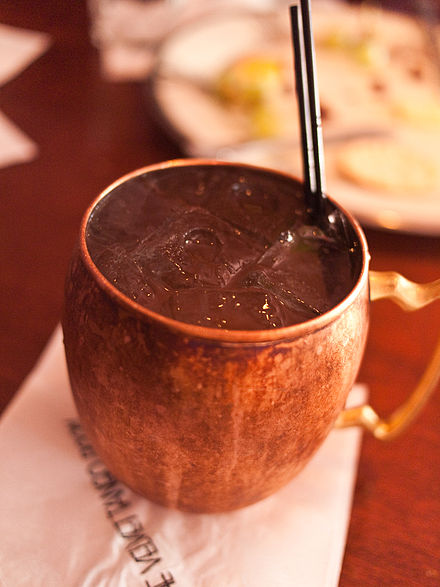 A Moscow mule, also known as a Vodka buck, is a buck made with vodka, ginger beer, and lime juice, garnished with a slice or wedge of lime. It is usually served in a copper mug. The cocktail became popular during the vodka craze in the United States during the 1950s. The name refers to the popular perception of vodka as a Russian product.

Combine vodka and ginger beer in a highball glass filled with ice. Add lime juice. Stir gently and garnish with a lime slice.